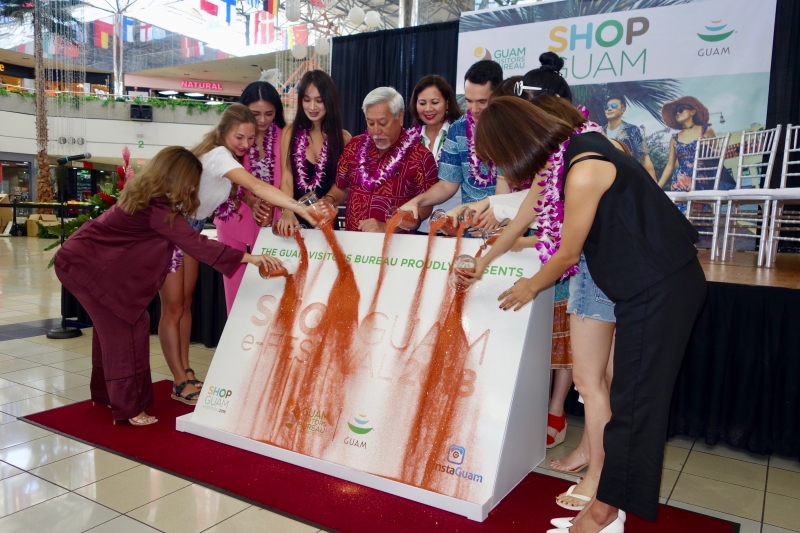 (Tumon, Guam) The Guam Visitors Bureau (GVB) is proud to announce it has worked with over 160 local vendors to generate more than 250 offers for the seventh annual Shop Guam e-Festival. The GVB signature event launched on Saturday, November 10, 2018, and will run through February 10, 2019. It also kicked off a yearlong Shop Guam campaign that will continue into four promotional seasons.

“We’re excited to share all the great deals being offered with this year’s Shop Guam e-Festival and want to thank all the local businesses and GVB members that teamed up with us,” said GVB President and CEO Nathan Denight. “We highly encourage our local residents and visitors to download the free Shop Guam mobile app and take advantage of these exclusive offers during the holiday season.”

The free Shop Guam mobile app is available in six different languages and also serves as a visitor guide with sections featuring local events and businesses found only on Guam. The state of the art mobile app additionally utilizes new QR codes that merchants can scan for shoppers to redeem offers.

Unlike the other promotional seasons, the winter e-Festival period will use the Shop Guam mobile app’s iBeacon technology, which alerts users through real-time push notifications when they are nearby Shop Guam merchants.

“The journey that we’ve taken to grow Shop Guam into an award-winning global campaign has been nothing short of fantastic,” said GVB Director of Global Marketing Pilar Laguaña. “We’ve worked very hard with our industry partners and businesses to promote and develop the largest shopping event in the Western Pacific. Our Shop Guam app can be enjoyed by island residents and visitors alike, so please share it with your family and friends.”

A user-generated content (UGC) campaign has also launched to promote Shop Guam by encouraging shoppers to post their shopping experience on social media and tagging GVB so their content can be shared worldwide. The Shop Guam UGC campaign is linked to the second year of the #instaGuam campaign.

Shop Guam has attracted 1.8 million visitors to Guam since the campaign began in 2012 and has generated over $68 million in media value. GVB has worked with 784 local merchants and promoted their 1,213 offers in the past six years. The mobile app has been downloaded just under 130,000 times.