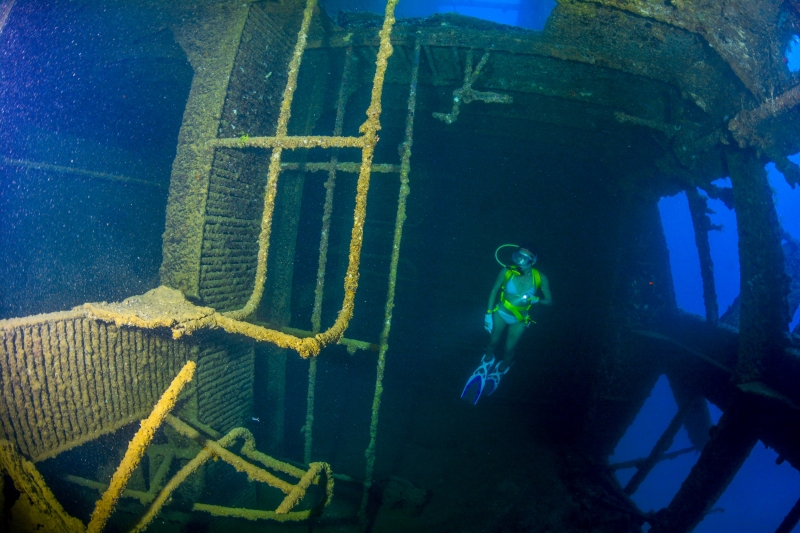 (Tumon, Guam) As part of the 100th anniversary commemoration of the SMS Cormoran II, the Guam Visitors Bureau (GVB), in partnership with the U.S. National Park Service, invites the public to attend a lecture series at the T. Stell Newman Visitors Center in Sumay through April 12th. Island residents and visitors are also invited to attend the Peace Memorial Service for Cormoran Sailors on the 100th anniversary tomorrow, April 7th, at the Hagatña Cemetery & Padre Palomo Park.

The events schedule for the 100th anniversary of the SMS Cormoran II is as follows:

Rufus Hasplur of Lamotrek, Federated States of Micronesia, and Guam historian Toni Ramirez will co-host a lecture based on the oral accounts of people who interacted with the SMS Cormoran II Crew during her stay in Micronesia.

A Peace Memorial Service for Cormoran Sailors will be held at the Hagatña Cemetery & Padre Palomo Park on the 100th anniversary of the scuttling of the SMS Cormoran II.

Mike Musto will share the story of two ships whose fates became entwined, with one replacing the other and ultimately earning a place in both Guam and American history.

National Park Service historian, published author and expert hiker Dave Lotz will lecture on “The German East-Asia Squadron, the origin of the Cormoran story of World War I.

The last day of lectures will feature Dr. Bill Jeffrey giving his lecture on the marine archaeology program, focusing on the SMS Cormoran II.

All lectures will be held at the T. Stell Newman Visitors Center in Sumay from 4:00 – 5:00 p.m. The presentations are open to the public and there is no cost for admission. For more information about the lecture series, please contact Kelly Carroll at the T. Stell Newman Visitor Center at 333-4050. You may also contact the Guam Visitors Bureau at 646-5278 about the 100th anniversary of the SMS Cormoran II and the Peace Memorial Service for the Cormoran Sailors.

History of the SMS Cormoran II

The SMS Cormoran II initially came to Guam in December 1914 out of coal and weary from avoiding enemies throughout the Pacific. While the US was not involved in World War I, Guam’s military governor decided against refueling the vessel, but did allow the German sailors to come ashore. The Cormoran and her crew stayed in Guam for two and a half years, becoming very friendly with the people until the day the United States officially entered World War I on April 6, 1917. On that day, with the US now at war with Germany, the Guam military governor ordered Captain Adalbert Zuckschwerdt to surrender the Cormoran. Unaware of the new conditions, a supply boat returning to the Cormoran with supplies failed to stop when ordered to by US sailors who then fired a warning shot over its bow. This was the first official shot fired by the US in World War I. Rather than surrender his ship, Captain Zuckschwerdt decided it would be more patriotic to scuttle her instead, which he did. For the next 26 years, the SMS Cormoran II lay undisturbed on the sea floor, until August 27, 1943. On this day, a US submarine torpedoed the Tokai Maru, a Japanese freighter during World War II. The Tokai Maru came to rest lying perpendicular against the SMS Cormoran II. The two ships are the only place in the world where divers can touch shipwrecks from two different World Wars at the same time.