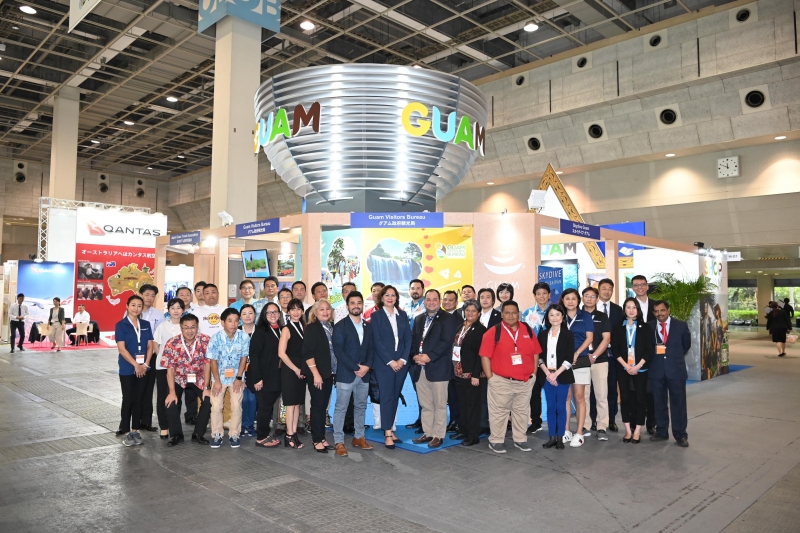 (Osaka, Japan) Guam showed a strong presence at what is called the world’s biggest tourism event -Tourism EXPO Japan 2019. This was the first year that the expo was held in Osaka after being based at the Tokyo Big Sight for many years due to preparations for the 2020 Olympics.

Team Guam joined close to 1,475 companies and organizations that represented 100 countries and 47 prefectures at the event from October 24 - 27, 2019 at the International Exhibition Center (Intex) Osaka. Organizers estimated that over 151,000 visitors were in attendance.

“Tourism EXPO Japan is considered to be Guam’s core Japan show. We have participated since its inception more than 35 years ago,” said Guam Visitors Bureau President and CEO Pilar Laguaña. “We’re proud to represent our island home every year and thank our GVB members that joined us in demonstrating our culture and hospitality to the thousands that attended this remarkable event.”

CHamoru culture and local music at the forefront

Team Guam, along with its tourism partners heavily promoted Guam’s CHamoru culture at the expo. The Guam Chamorro Dance Academy performed at both the event’s main stage and the Guam booth stage, which was well received by the visiting consumers. Local band Part Time also performed hit island favorites to keep the crowd entertained.