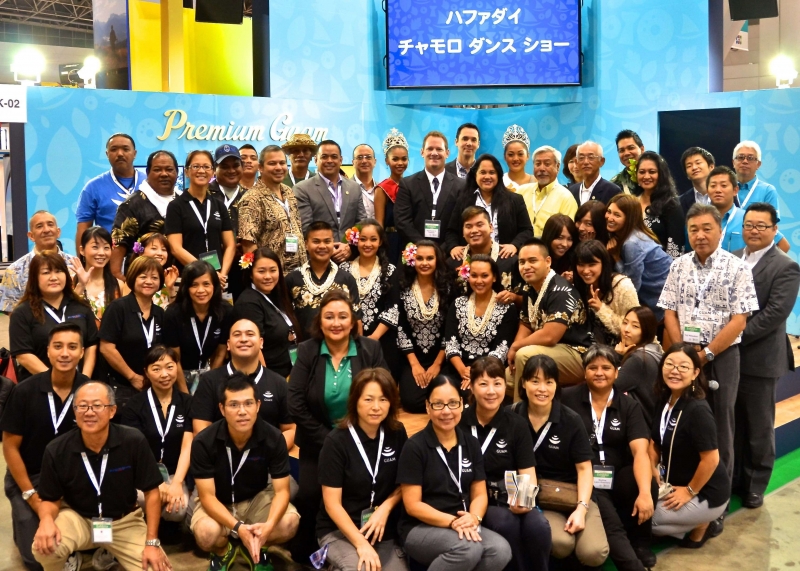 (Tokyo, Japan) Last night, the Guam delegation held an appreciation reception for over 200 travel trade partners that helped to bring millions of visitors to the island since 1967, the year when the first international flight to Guam landed.

“Tourism is a people industry and it’s because of people like you that we have achieved 25 million visitors from Japan,” said GVB General Manager Karl Pangelinan. “On behalf of all the staff and management, the board of directors, and most especially our Governor and Lt. Governor, we’d like to say Si Yu’os Ma’ase, thank you very much and Domo Arigato Gozaimasu.”

The reception also featured Chamorro food and dynamic performances from the Mt. Carmel Phoenix Stage Band, Jesse and Ruby and Pa’a Taotao Tano. A Tourism Ambassador award was also given to Shoei, a famous Japanese actor who constantly visits Guam with his family.

With more than the entire population of Guam attending the JATA Tourism EXPO today and tomorrow, Team Guam continues to display the very best that the island has to offer to the travel industry and consumers in Tokyo.

The Guam Booth stood out as cultural performances and activities captured the attention of thousands of consumers. The Google Street View Trekker that was used for newly launched Google Street View Guam imagery was also on display. Additionally, Guam performed on stage at the Discover America Pavilion. A fashion show was also held at the Guam booth featuring the new San-ai Swimwear Collection. After the show was completed, Guam honored San-ai 2014 Campaign Girl Ikumi Hisamatsu for her contributions to the island.