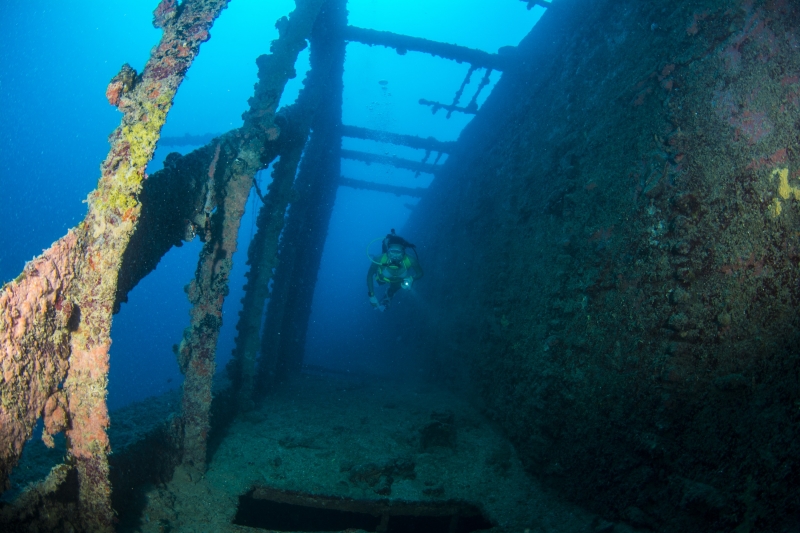 (Tumon, Guam) The Guam Visitors Bureau (GVB) will commemorate the 100th anniversary of the scuttling of the SMS Cormoran II on Friday, April 7, 2017. The peace memorial event will include a series of educational, promotional, and diving opportunities to expose the public to the history of the German ship and its connection to Guam prior to World War I.

“The Cormoran’s incredible story includes being part of the first shot fired by the United States upon entering World War I on April 7, 1917. The background on how it became part of one of the world’s most unique diving sites is worth sharing to not only our island residents, but our visitors as well,” said GVB President and CEO Nathan Denight. “Our marketing team is hard at work with our local government, military and industry partners to ensure this 100th-year milestone does not get lost in the history books. We invite everyone to learn more about the Cormoran and be a part of this commemorative event.”

History of the SMS Cormoran

The SMS Cormoran II initially came to Guam in December 1914 out of coal and weary from avoiding enemies throughout the Pacific. While the U.S. was not involved in World War I, Guam’s military governor decided against refueling the vessel but did allow the German sailors to come ashore. The Cormoran and her crew stayed in Guam for two and a half years, becoming very friendly with the people until the day the United States officially entered World War I.

On that day, with the U.S. now at war with Germany, the Guam military governor ordered Captain Adalbert Zuckschwerdt to surrender the Cormoran. Unaware of the new conditions, a supply boat returning to the Cormoran with supplies failed to stop when ordered to by U.S. sailors who then fired a warning shot over its bow. This was the first official shot fired by the U.S. in World War I.

Rather than surrender his ship, Captain Zuckschwerdt decided it would be more patriotic to scuttle her instead, which he did. For the next 26 years, the SMS Cormoran II lay undisturbed on the seafloor, until August 27, 1943. On this day, a U.S. submarine torpedoed the Tokai Maru, a Japanese freighter during World War II. The Tokai Maru came to rest lying perpendicular against the Cormoran. The two ships are the only place in the world where divers can touch shipwrecks from two different World Wars at the same time.

The commemoration of the 100th year since the scuttling of the SMS Cormoran will include special dive packages to Guam. Divers and visitors can participate in dive tours to the historic wreck site offered by Guam dive companies and history lectures at T. Stell Newman Information Center. There will be a wreath-laying ceremony at sea and at the monument in the U.S. Naval Cemetery in Hagatña where six sailors who perished during the scuttling of the Cormoran are buried.

“Guam has a well-established reputation as a site for outstanding scuba diving,” said GVB Director of Global Marketing Pilar Laguaña. “Diving enthusiasts may be excited to learn about sites like the Blue Hole and The Crevice, but historic sites from the World Wars, like the twin shipwrecks of the SMS Cormoran and the Tokai Maru, always seem more captivating. We invite divers from all over the globe to see this special part of Guam’s history with their own eyes. It’s just one of the many attractions that showcase our island’s beauty.”

The Guam Visitors Bureau regularly promotes the island’s underwater clarity, beautiful seascapes and marine life to diving enthusiasts at the largest dive shows like the Dive Equipment & Marketing Association (DEMA), the Marine Dive Fair in Tokyo, the Asia Dive Expo (ADEX) in Singapore, and the Scuba Show in Long Beach.

More information on the SMS Cormoran’s 100th anniversary can be found at visitguam.com/smscormoranguam.