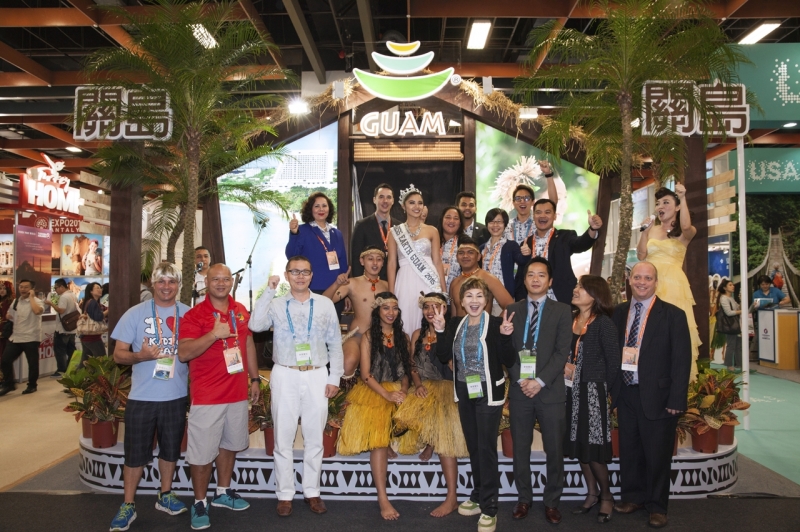 “It was an honor to represent Guam, help open up this year’s ITF and meet Vice President Wu,” said GVB General Manager Nathan Denight. “Taiwan is an important market to our island and we are working hard with our airline partners and travel agents to make it enticing and convenient to bring more visitors to Guam. As we continue to grow and diversify our tourism arrivals profile, we are proud to share the unique activities and events that can be found only on Guam with the Taiwanese people and invite them to visit Guam in 2016.”

Additionally, the Guam booth outshined over 1,400 exhibit booths, securing the prestigious “Best Booth Design Award.” The booth showcased impressive cultural Chamorro performances and was a great medium for Team Guam to communicate with the Taiwanese travel and trade consumers. The stage activities and on-site social media program also received huge amounts of feedback, gaining strong support to Guam’s many offerings, including the fourth Shop Guam Festival that is on-going through February 15, 2016. Interviews with Taiwan’s leading trade media were also conducted to share the most up to date developments on Guam and introduce Visit Guam 2016 signature events, including the opening of the Guam Museum, the PATA Annual Summit and 12th Festival of Pacific Arts (FestPac).

In addition to Guam’s presence at ITF, Governor Eddie Baza Calvo was also on a mission in Taiwan to attend a series of travel activities, including meetings with China Airlines and EVA Airways, and delivering opening remarks at the Destination Guam Travel Trade Workshop. He discussed challenges and opportunities for the Taiwan market, as well as the goals for Guam’s tourism industry.

Guam has proudly participated in ITF since its inception 29 years ago.