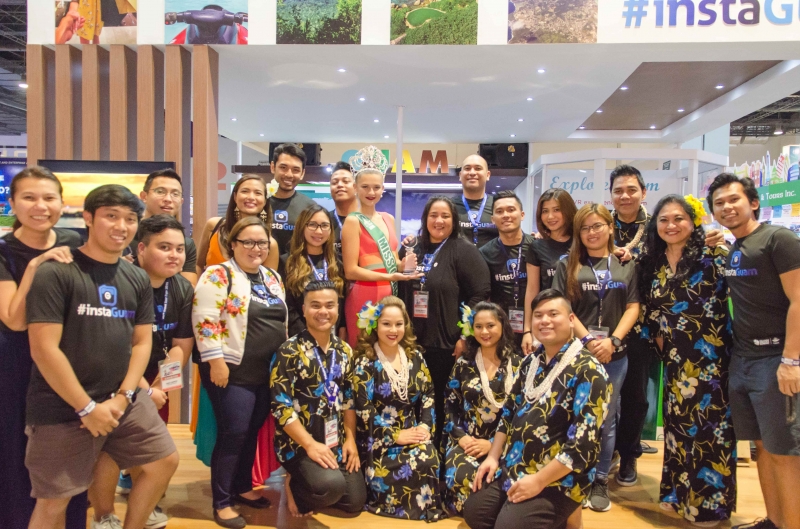 “We’re proud that Guam received the best booth performance for the second consecutive year,” said Guam Visitors Bureau President and CEO Nathan Denight. “The Philippines is important to us in our efforts to grow and diversify our visitor markets, as well as our MICE market. With flights available to Guam through our airline partners United Airlines, Philippines Airlines and Cebu Pacific Air, we continue to invite everyone to visit our beautiful island paradise.”

The three-day event welcomed an estimated 125,000 consumers, 333 exhibitors and sponsors and occupied 995 booths. Guam has attended this annual event for more than 10 years since its inception in 1994 and was one of 21 tourism organizations present.

The Guam booth was filled with entertainment from the island’s music icons, Jesse and Ruby, as well as the Guam Håfa Adai Cultural Show and appearances from Miss Guam Earth 2017 Emma Sheedy. The booth traffic for Guam was estimated at 2,000 per day with three interactive stations, which included a virtual reality room to provide consumers with a first-hand experience of Guam.

In addition to the three-day consumer show, the Guam delegation also promoted the Visit Guam 2018 campaign theme, #InstaGuam, to 45 travel agents prior to the first day of the Travel Tour Expo during a Guam Travel Trade Luncheon on February 7. The Guam delegation also organized an #InstaGuam Media Gathering where GMA News Network attended with famed Philippines celebrity Mr. Benjamin Alves, a former resident of Guam working in the Philippines.  Alves was able to share a testimonial of his life on Guam to the media that attended the event.

“We are very proud to bring the Håfa Adai Spirit to the Philippines and share our #InstaGuam theme to encourage more travel to Guam,” said GVB Director of Global Marketing Pilar Laguaña. “We look forward to more collaboration with our air carriers and travel agents to increase our visitor arrivals for 2018.”