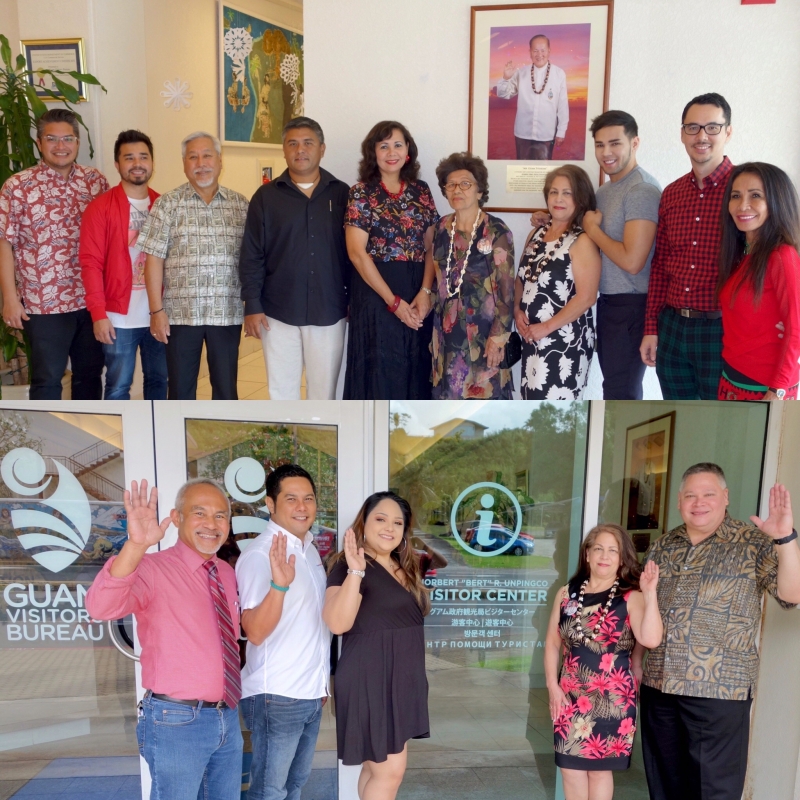 (Tumon, Guam) The Guam Visitors Bureau (GVB) has proudly renamed its visitor center to honor one of Guam’s pioneers in the tourism industry. The Norbert “Bert” R. Unpingco Visitor Center was unveiled during a special ceremony on December 18, 2018, at the GVB headquarters along Pale San Vitores Road in Tumon.

Fondly known as “Mr. Guam Tourism,” Unpingco assisted in developing Guam’s visitor industry since the 1970s. Upon learning Unpingco received the “Discover America Award" for his work in promoting tourism in the U.S. mainland, former Governor Carlos G. Camacho asked him to return to Guam to help in promoting the island. From there, Unpingco became the first GVB general manager, also holding other key positions within the public, non-stock and non-profit membership corporation. In addition, he helped to strengthen programs such as WAVE! (Welcome All Visitors Enthusiastically), which encouraged locals to embrace tourism.

Senator Jim Espaldon authored a public law to initiate the formal change in renaming the visitor center to honor Unpingco’s work and commitment to the island community.

“I’m happy that the renaming took place to honor and celebrate Mr. Bert Unpingco - Mr. Tourism,” said Senator Espaldon. “He carried the håfa adai spirit wherever he went. The industry is where it’s at today because of him and we thank him for his decades of service to develop Guam as a world-class destination.”

“When I first started as deputy general manager of the Bureau, Uncle Bert would stop by often and we would spend hours talking about tourism, as well as his ideas and contributions for Guam. His passion continues to live on in the work that we do,” said GVB President and CEO Nathan Denight. “Renaming the visitor center has a greater impact in honoring his memory and the role he played in Guam’s tourism industry.”

Unpingco passed away in 2017 at the age of 83. He is survived by his wife, Virginia Lujan Taitano Unpingco, his 9 children (Gloria, Bonnie, Dennis, Carlos, Therese, Jeanine, Evangeline, Billy, and Raphael), and numerous grandchildren and great-grandchildren. He resided in the village of Sinajana.