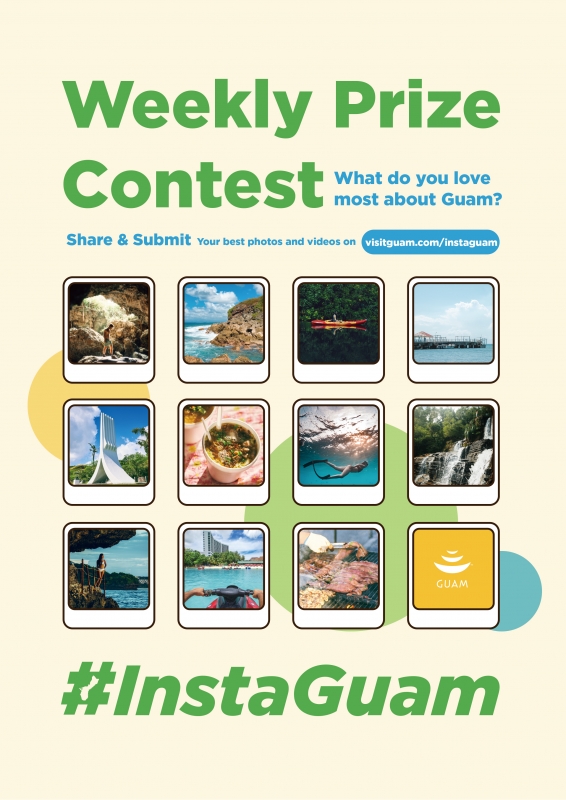 (Tumon, Guam) The Guam Visitors Bureau (GVB) is proud to announce the return of its weekly #InstaGuam photo and video contest.

The contest was part of GVB's popular #InstaGuam theme that promoted Guam as an instant destination from its major source markets while encouraging local residents and visitors to create their own story-driven content through the power of social media. The #InstaGuam hashtag has also grown to over 210K posts over the past three years since the original campaign launched in 2018.

"InstaGuam was successful in showcasing unique one-of-a-kind experiences that can be found only on Guam with photos and videos of people experiencing our island. With the return of our weekly contest, we want to see what you love most about Guam so we can share it with the rest of the world," said Nadine Leon Guerrero, GVB Director of Global Marketing.

GVB also thanks the following sponsors for their donations and support:

For more on the return of the #InstaGuam weekly contest, go to visitguam.com/instaguam.