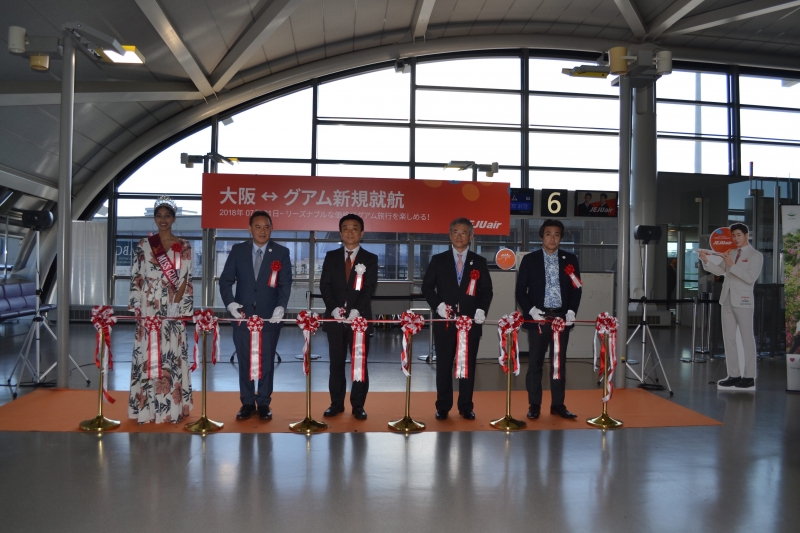 “We’re excited for this new service from Jeju Air. Guam will have about 5,700 more seats on a monthly basis and a total of 20 weekly flights that will operate from Osaka to accommodate high demand of the Kansai market,” said GVB Board Director and Japan Marketing Committee Chairman Bill Nault. “This is the second direct flight operation from Japan by the Korean carrier company, and we believe that this is due to their confidence in our island as a potential overseas destination."

“The new flight service launched at the perfect time with the start of Japan’s summer holiday season and gives more options for Japanese travelers to travel to Guam from this region,” said GVB President and CEO Nathan Denight. “I would like to thank Jeju Air for their continued partnership, as well as the A.B. Won Pat International Airport Authority and my GVB team for their efforts to make this new route a reality.”