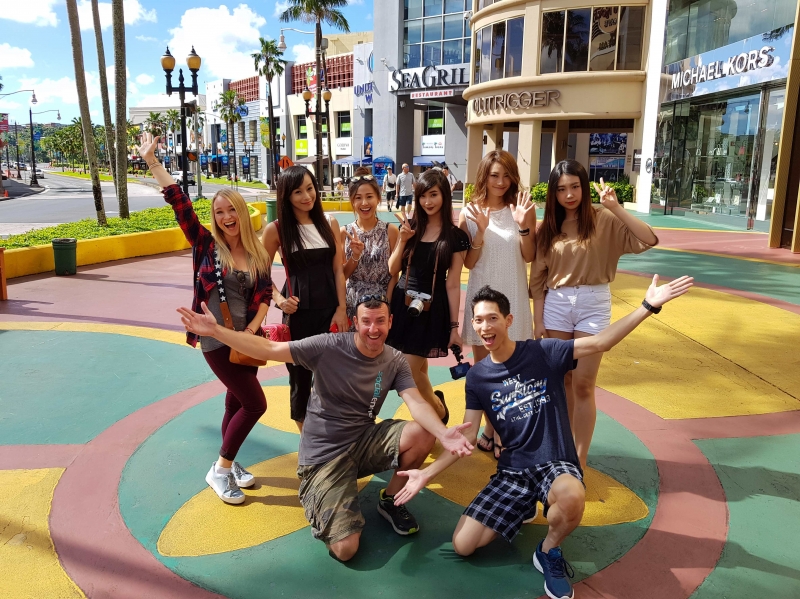 (Tumon, Guam) The Guam Visitors Bureau (GVB) is proud to announce over 300 offers are now available for the 6th annual Shop Guam e-Festival. The GVB signature event launched on Friday, November 10, 2017 and will run through February 28, 2018.

As the biggest shopping event in the Western Pacific, Shop Guam has evolved into a global campaign that features shopping incentives to include tax free shopping, dining, optional tours, tourism services, and shops found only on Guam. The Shop Guam e-Festival also won two prestigious international awards in 2017 - the President’s E-Award from the U.S. Department of Commerce, and the best Travel Media - Mobile Travel Application from Pacific Travel Asia Association (PATA).

“GVB recruited over 180 vendors for this year’s campaign, setting a new record of more than 300 offers and discounts that both local residents and tourists can access through our state-of-the-art Shop Guam mobile app, available on both iOS and Android devices,” said GVB President and CEO Nathan Denight. “We invite everyone to download the free app and take advantage of this interactive shopping experience just in time for the holiday season.”

“GVB is leveraging the power of TripAdvisor and its influence on travel reviews to elevate the overall service quality and guest experience provided in Guam. The Shop Guam TripAdvisor partnership is our first initiative to feature the top local businesses on the global stage and aggressively promote them to the passionate TripAdvisor community,” said GVB Director of Global Marketing Pilar Laguaña.

Additionally, GVB brought in talent from seven of Guam’s source markets to share their Shop Guam experience with their millions of followers. The popular social media influencers include Satoumi from Japan, Sermin Hong from Korea, JR Lee from Taiwan, Flavia Wong from Hong Kong, Gao Min (Nono) from China, Alodia Gosiengfiao from the Philippines, and Zoe Paradigma from Russia. GVB also invited a renowned virtual reality specialist, James Hay, from the United States to film a series of 360 videos to feature the group’s Shop Guam experience.

The social media stars are on island through November 17th exploring Guam as they visit Shop Guam vendors and post live on various Social Networking Sites (SNS) with the hashtags, #ShopGuam2017 and #InstaGuam.

For more information about Shop Guam or to learn how to participate, contact Shop Guam e-Festival Liaison Supervisor, Catherine Bungabong at [email protected] or at (671) 687-2696.

About the 2017 Shop Guam e-Festival talent

Satoumi started her career as a fashion model in 2000. While appearing in high-end magazines such as “Domani”, “CLASSY”, and “with”. She also tells her travel stories through her official blog and Instagram. She has visited Guam more than 10 times, half of those with her parents and half as a model for the magazines.

Since 2016, Serim has been running a YouTube channel called 'Serim's life' about Lifestyle, beauty, DIY, and more, for about two years and has over 260,000 subscribers. She is majoring in Fine Arts and is set to graduate from Hongik University this year. Also working as the main editor of SSINIM, her channel, Beauty YouTuber has over 1,390,000 subscribers.

JR Lee is an English speaking YouTuber based in Taiwan who produces positive energy videos. His channel - "JR Lee Radio" has 140k subscribers.

Ms. Wong Ho Ying, Flavia, is a fresh graduate from the Department of Journalism, Hong Kong Baptist University. She is currently a model in TV commercials and an actress in video productions. Flavia has an official YouTube channel, Facebook page and Instagram account to share her shopping, sightseeing & travel adventure.

Nono is a global traveler, professional photographer, and verified travel KOL on Weibo and has often been a special anchor on Travel TV Channel and CCTV. Nono has over 1.08 million followers on Weibo and multiple posts with over 3 million views. She has been working with many destinations and brands such as Canon and Microsoft.

Alodia Gosiengfiao from the Philippines

Alodia Gosiengfiao is a cosplayer, artist, gamer, and vlogger. She travels around the world to attend conventions and judge cosplay competitions.  She founded the group Cosplay Circle and co-founded a gaming talent agency company called Tier One. She was also named by UNO magazine as one of Most Influential Women in the Philippines.

Zoe is among top travel bloggers in Russia with 108K subscribers in Instagram. Zoe has visited over 50 countries and is an officially Citizen of the World (holds WSA passport). She is also a member of Russian Geographic Society - one of the oldest geographical societies in the world

James Hay from the United States

James Hay is a virtual reality production specialist. He brings ten years of experience in the field of cinematic VR, having worked on a wide spectrum of projects ranging from travel & tourism, journalism, documentaries, sport, and entertainment. James has worked with high profile clients ranging from the New York Times, X-Games, Denver Broncos, and major broadcast companies from all across the globe. He brings a creative eye, with attention to detail, and a deep understanding of the intricacies and nuances of the 360* video medium.