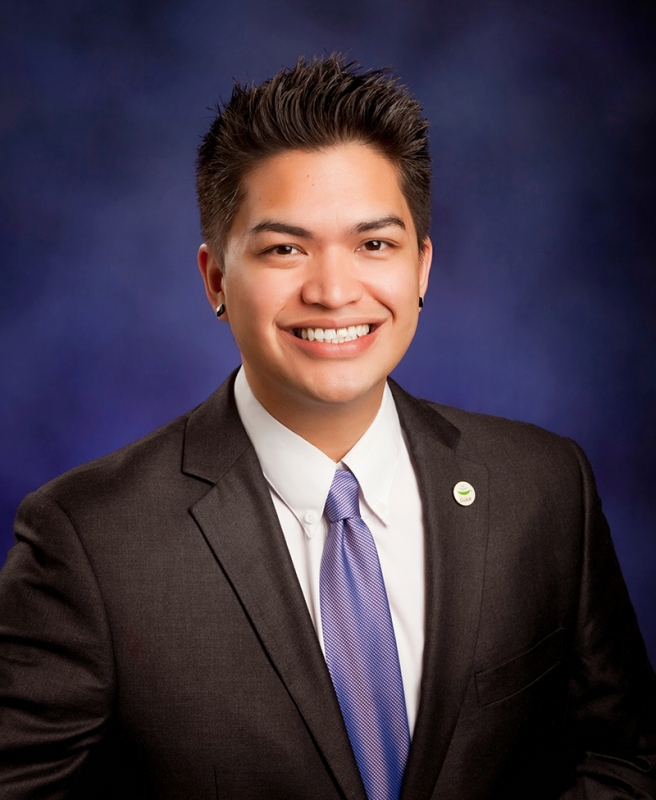 (Tumon, Guam) The Guam Visitors Bureau (GVB) Board of Directors officially named Antonio “Tony” Muña, Jr. as the new GVB Vice President. During their board meeting yesterday, President and CEO Nathan Denight announced his appointment of Muña to the position. The board then unanimously confirmed Muña’s appointment.

“The board was very pleased to unanimously confirm Tony’s appointment as the new Vice President of the Guam Visitors Bureau.  He has done an exceptional job in various positions within the Bureau. He has the expertise and vision to support our goals to usher in a new era of Guam’s tourism industry. I am highly confident that he will provide excellent leadership alongside Nathan,” Morinaga said.

“I am proud to continue working alongside Tony in a new capacity,” said Denight. “Tony started off at GVB as the Public Information Officer and grew into his current position as Business Development Manager. He brings a diverse set of skills that are needed to keep the Bureau moving in the right direction.”

A native son of Saipan, Commonwealth of the Northern Mariana Islands (CNMI), Muña possesses a wealth of government, strategic planning and policy experience.

In 2009, Muña was appointed Special Assistant to the CNMI Secretary of Commerce, assisting the Secretary in economic strategic planning initiatives, operational management and grant writing. He also served as Acting CNMI Program Director for the implementation of the American Recovery & Reinvestment Act (ARRA). In 2010, Tony was appointed Special Assistant for ARRA to then CNMI Lieutenant Governor +Eloy S. Inos. Muña moved to Guam in 2011 and joined the Calvo-Tenorio Administration as a Grant Specialist and Communications Staff Assistant under the Office of the Lieutenant Governor Ray Tenorio. He moved to GVB in 2011 and wore many hats as the Public Information Officer, Computer Specialist and Business Development Manager.

He is the son of Antonio and Marie Muña of Saipan. He has one sister, Gina, who currently lives in Savannah, Georgia with her husband Garrick Sleight and daughters.

"I am humbled by this opportunity to continue serving the Guam Visitors Bureau and the people of Guam,” Muña said. “There is much work to be done, but I am committed to working with Governor Calvo, Lt. Governor Tenorio, the Guam Legislature, and GVB’s board, management and staff to make Guam a better place to live, work and visit.”