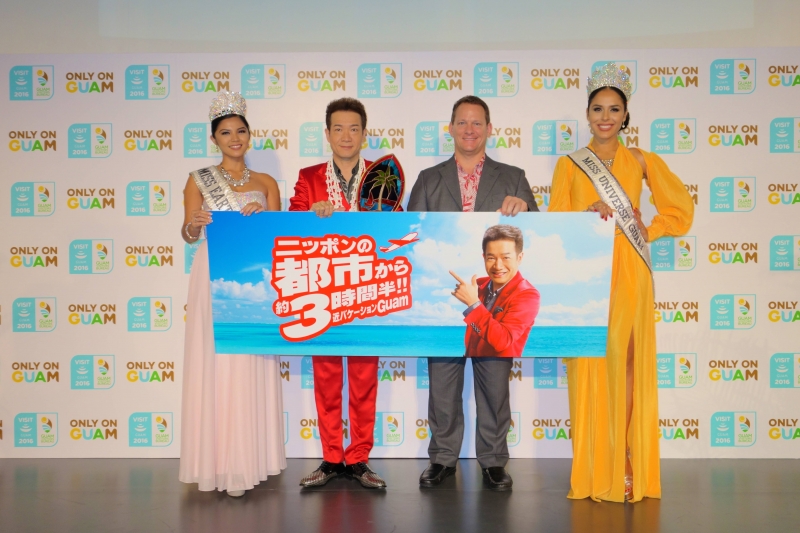 GVB has partnered with Japanese super-star Toshi-chan for the “Tell Toshi-chan Campaign – Chika Vacation” to further promote the island. The forthcoming campaign encourages visitors to submit photos and videos of their travel experiences in conjunction with GVB’s “Visit Guam 2016” and “Only on Guam” campaigns. The new Toshi-chan campaign period in Japan will be from October 1, 2015-March 31, 2016.

"Since 1969, when the first flight of visitors arrived on Guam from Japan, tourism has grown to become our island's most important industry. For nearly 50 years, Guam has welcomed visitors from Japan, including Toshi-chan, who has visited Guam to enjoy our island's natural beauty, sunny weather, and our friendly people," said Lt. Governor Ray Tenorio. "Guam welcomes more than a million visitors from all over the world, including Japan. We hope that with Toshi-chan as our island's representative, sharing his own experiences and enjoyment of our island, those numbers will continue to grow."

“We’re proud to team up with Toshi-chan to connect with potential Japanese visitors in a different way. He visited Guam again earlier this month to get to know our island home and unique culture a little better. This is just one of the ways that GVB is pursuing to improve our visitor arrivals from Japan and strengthen the ties we have with our top visitor market,” said GVB General Manager Nathan Denight. “Our team is also excited to promote Guam at the JATA Tourism Expo over the next few days and share all the great details of this campaign and what can be found only on Guam!”

Led by Lt. Governor Ray Tenorio, Team Guam is in Tokyo for the Japan Association of Travel Agents (JATA) Tourism Expo that is being held from September 24-27, 2015 at the Tokyo Big Sight. An anticipated 175,000 travel trade representatives and consumers will be attending Japan’s largest travel show.