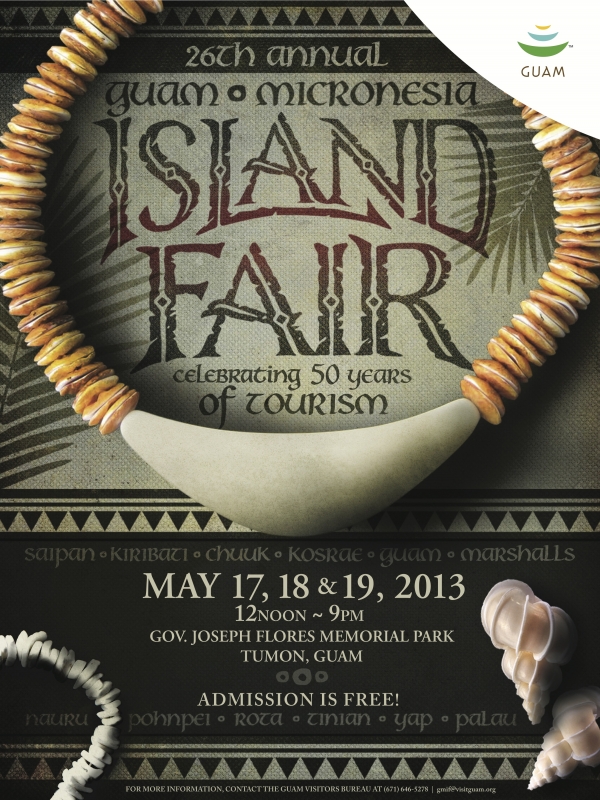 (Tumon, Guam)  The Guam Visitors Bureau has announced the dates for the 26th Guam Micronesia Island Fair. This year, 2013, will see the return of GMIF to its originally scheduled month of May when it began 26 years ago in 1987.

“When the GMIF was first moved to October, it was with the intent to fill a historically slow month for arrivals to Guam,” GVB General Manager Karl Pangelinan said. “Being rainy season on Guam, the GMIF has been met with monsoon weather over the past two years, which affects the logistical coordination and setup of GVB’s signature cultural event. Additionally, it was one of the only events that straddled two fiscal years, which made it a challenge in dealing with the budget. Through our outreach efforts to gauge the sentiment of the Micronesian delegations, vendors and the local community, we have decided to move the Fair back to May, which is the original month it was scheduled for when it first began. We believe it to be appropriate, given that we are celebrating 50 years of tourism on Guam this year.”

The GMIF will be held May 17, 18 and 19, 2013 at the Gov. Joseph Flores Memorial Park at Ypao Beach in Tumon. GVB looks forward to welcoming as many as nine delegations, one from each Micronesian island nation, to share in the region’s largest cultural celebration.