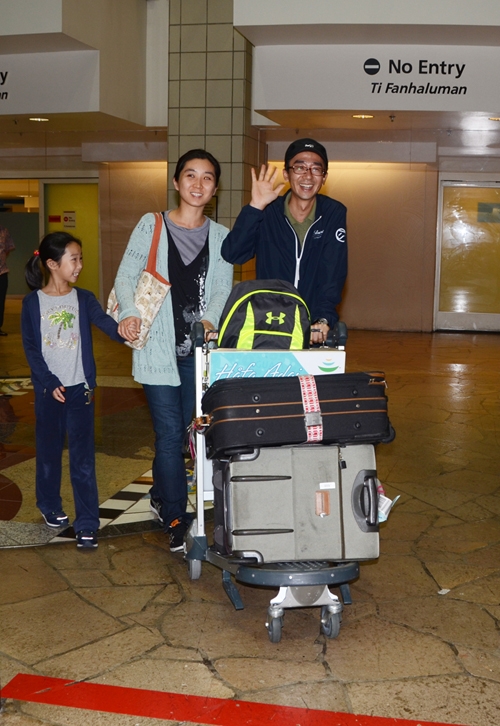 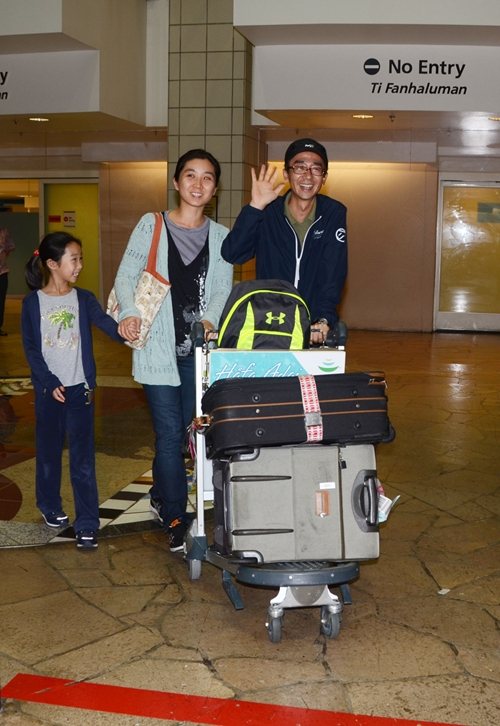 Unaware that he was the millionth visitor, the Mr. Kim and his family were surprised and pleased to learn on their entering the Arrivals area that they were being honored as the one-millionth visitor to Guam.

“We're only at mid-October and we've already welcomed our millionth tourist,” Acting Governor Ray Tenorio said. “I hope this is a sign of a record-breaking year in tourism. This industry is strong because of the thousands of men and women who work in every profession of hospitality. Governor Calvo and I thank all the housekeepers, waitstaff, flight attendants, cooks, helpers, front desk attendants, supervisors, managers, clerks, entertainers, bartenders, bussers, concierges, HR and marketing professionals, accountants and account clerks, lifeguards, and everyone who keeps the tourism industry going. This milestone is a sign of great things to come.”

At the welcoming event, Ms. World Guam, Jeneva Bosko presented lei’s to the three visitors with the delegation following to congratulate the family. Mr. Kim and his family were given the VIP treatment with escorts through the Guam International Airport’s Immigration and Customs Area. They were also presented with a free round trip ticket back to Guam courtesy of Korean Airlines, limo service from Hana Tour and an upgraded room from the Pacific Islands Club Guam.

“This is the first time that the millionth visitor has come from Korea,” GVBGeneral Manager Joann G. Camacho said. “Korea is growing by leaps and bounds and with the addition of Jeju Air as well as the additional service by Korean Airlines from Busan we will be doubling our current seat capacity from the market. We are happy to welcome Mr. Kim and his family to Guam and wish him a great experience to our island and people.”