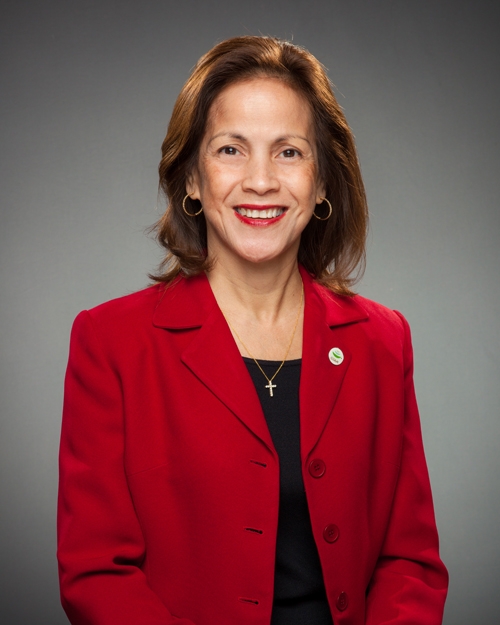 In a statement released by her office, Camacho states, “I am confident in the enthusiasm and exceptional capabilities of GVB’s management and staff going forward. This year alone, we have seen arrivals increase to levels we haven’t seen since the mid to late 1990’s and we are seeing that arrivals over the next couple years will only continue to increase, a testament to their hard work and dedication.”

“We thank former First Lady Camacho for her leadership and vision in supporting GVB’s mission to grow the tourism industry on Guam. We will surely miss her and wish her well in her future endeavors.” Chairman of GVB’s Board of Directors, Monte Mesa said. “With the resignation of our General Manager, GVB Management and Staff will continue to excel in creating opportunities for growth and enhancement of the industry. The Board of Directors are confident that they will continue the good work that has been done over the past two years.”

On January 01, 2013, Chairman Mesa and GVB’s Board of Directors will be appointing Deputy General Manager Nathan Denight as Acting General Manager until a successor can be named.

Since 2003, I have been honored to serve this community as our island’s First Lady and an Ambassador of Guam. After eight years in that capacity, I was again asked to continue serving the people of Guam as General Manager for the Guam Visitors Bureau.

Over the past two years, GVB has made great strides to continually develop the offerings of our island, ensure that the cultural heritage of our people continues to be front and center as well as build upon the foundation of those who have built the tourism industry into Guam’s largest economic contributor. I am grateful to have served with many talented individuals whose hearts are centered on serving our community thereby increasing opportunities for a better way of life for all our people.

It is a bittersweet decision, but with great hope for the future, I tender my resignation as General Manager for the Guam Visitors Bureau effective December 31, 2012. However, I am confident in the enthusiasm and exceptional capabilities of GVB’s management and staff going forward. This year alone, we have seen arrivals increase to levels we haven’t seen since the mid to late 1990’s and we are seeing that arrivals over the next couple years will only continue to increase, a testament to their hard work and dedication.

For the past 10 years, I have dedicated my life to public service and will continue to serve this community in any way that I can. While I have enjoyed working in the Government of Guam, I will be pursuing opportunities in the private sector.

I have met many people both in the public and private sectors who have the people’s interest at heart and I thank them for working with me as I led this dynamic and well-rounded group of individuals at GVB. I thank Governor Calvo, Lieutenant Governor Tenorio, Congresswoman Bordallo, the Legislature and the GVB Board of Directors for giving me the support I needed to do my job well.

Si Yu’os Ma’åse and thank you! May God bless you and your family always and may God bless Guam! BIBA GUAM!

A native of Guam, Joann Garcia Camacho garnered 23 years of experience as the divisional merchandise manager of Duty Free Shoppers before beginning her service as the island’s sixth first lady in January 2003.

For eight years, she served as an ambassador of Guam, focusing on promoting literacy and education, positive youth development, and advancements in health care. During her time in the Governor’s House, Mrs. Camacho served as the island’s “Ambassador for Reading” by partnering with Scholastic Books, teachers and schools to promote literacy. She also recruited community businesses to serve as sponsors for the bookmobile.

In 2003, she established the Guam HOPE Foundation, aimed at improving the welfare of children and families across the island.

From 2009-2010, Mrs. Camacho served as vice chair of the National Governor’s Association (NGA), Spouses Leadership Committee and worked with the Early Learning Childhood Advisory Council as a representative for her husband, Gov. Felix P. Camacho. The initiative al­lowed her to focus on development and implementation of a comprehensive system of support for infants and toddlers at risk of having substantial developmental delays.

Mrs. Camacho has also served on various boards for public-sector organizations including the Guam Civil Service Commission, the Alcohol Beverage Control Board, and the Guam Power Authority. She is an honorary member of the Tourism Education Council, and has served as a board officer for the Guam Special Olympics and the Sugar Plum Tree Project.

Mrs. Camacho graduated from the University of San Francisco in 1978 with a bachelor’s degree in finance management. She is married to former Gov. Felix P. Camacho and has three children, Jessica, Felix, and Maria. She is the proud grandmother to three boys.