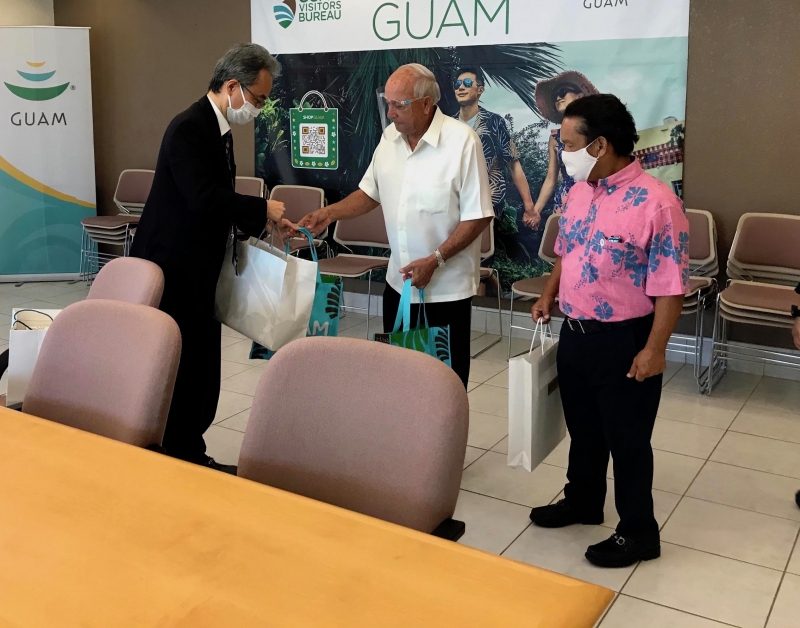 (Tumon, Guam) The Guam Visitors Bureau (GVB) met with the new Consular General of Japan Toshiaki Kobayashi on June 17, 2020, to reaffirm the long-standing economic relationship between Guam and Japan since the 1950s.

“We welcomed Consul General Kobayashi and shared with him that Guam has had a close working relationship with the government of Japan for more than 50 years since the first flight of Pam Am in 1967,” said former Governor Carl T.C. Gutierrez, GVB President & CEO. “Now with this global pandemic of COVID-19 and our road to recovery, we will need to strengthen our ties and strategically work together to welcome back our visitors from Japan. We must confidently show that our island is safe and ready.”

Kobayashi was appointed Consul-General of Japan to Guam on April 12, 2020 and assumed his post on May 14. This is his first time to be assigned to a territory of the United States. He was previously assigned to different roles in Italy, Canada, and Australia for the Ministry of Foreign Affairs of Japan.

Kobayashi said he understands the need for the island to resume tourism and he will convey Guam’s message to the government of Japan. He also updated GVB that Japan is gradually moving in various phases to open up travel cautiously.

While both Japan and Guam currently still require a mandatory 14-day quarantine, GVB continues to work with airlines, travel agencies, and the local government to get the island ready to re-open for tourism on July 1.