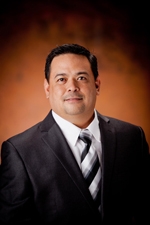 Tumon, Guam - The GVB Board of Directors met in a special meeting today to elect its officers and committee chairpersons. At the same meeting, GVB Vice Chairman Bruce Kloppenburg made a motion to name Karl Pangelinan, the current GEDA Administrator as General Manager for the Guam Visitors Bureau. With all present casting an affirmative vote, GVB’s Board named Pangelinan to replace Former First Lady Joann Camacho who stepped down last month.

“We’re thrilled to have someone of Karl’s experience and background,” newly elected Chairman Mark Baldyga said. “He not only brings broad marketing and sales experience but his background at GEDA will be invaluable given our pressing need for more hotel rooms. We’ve had to turn away visitors recently due to the lack of rooms.” Baldyga added that the board felt it was important to fill the vacancy without undue delay and was extremely pleased to have found such a great candidate.

"I'm grateful for the opportunity to lead such a fine organization,” Pangelinan said. “The Guam story is ever-evolving and our tourism industry is the main chapter. I'm committed to working together with the Calvo Tenorio Administration, the GVB Board of Directors and staff to strengthen the Guam brand and continue to grow our #1 industry.”

Pangelinan has over 10 years of marketing experience and is a graduate of Father Duenas Memorial School. He attended University of San Francisco and graduated in 1998 with a BA in Marketing from the University of San Francisco. Pangelinan comes to GVB from leading the Guam Economic Development Authority, where he has successfully began projects under the HOT Bond such as the long anticipated Guam Museum.

Former General Manager Joann G. Camacho said, “I fully support the choice of Karl as the next General Manager. As Guam’s number one industry continues to grow and expand, I am confident of Karl’s abilities to lead such a dynamic organization.”